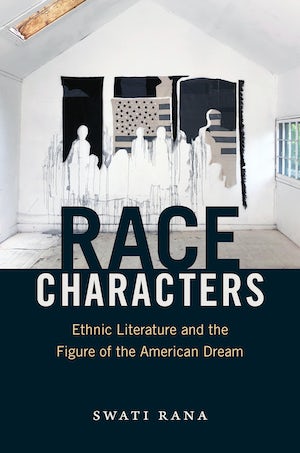 A vexed figure inhabits U.S. literature and culture: the visibly racialized immigrant who disavows minority identity and embraces the American dream. Such figures are potent and controversial, for they promise to expiate racial violence and perpetuate an exceptionalist ideal of America. Swati Rana grapples with these figures, building on studies of literary character and racial form. Rana offers a new way to view characterization through racialization that creates a fuller social reading of race. Situated in a nascent period of ethnic identification from 1900 to 1960, this book focuses on immigrant writers who do not fit neatly into a resistance-based model of ethnic literature. Writings by Paule Marshall, Ameen Rihani, Dalip Singh Saund, José Garcia Villa, and José Antonio Villarreal symbolize different aspects of the American dream, from individualism to imperialism, assimilation to upward mobility. The dynamics of characterization are also those of contestation, Rana argues. Analyzing the interrelation of persona and personhood, Race Characters presents an original method of comparison, revealing how the protagonist of the American dream is socially constrained and structurally driven.

Open Access ebook sponsored by an award from the National Endowment for the Humanities Fellowships Open Book Program.

Swati Rana is assistant professor of English at the University of California, Santa Barbara.
For more information about Swati Rana, visit the Author Page.

“Swati Rana brilliantly breaks open the problem of the American dream as it relates to character. A dazzling work, Race Characters centers a literary corpus that dramatically unveils the privilege, burdens, and costs of pursuing the American dream. It also tackles an extensive historical array of exclusionary processes ranging from racial nativism to colonial subjection. This is an incandescent melding of narratological analysis, literary criticism, and comparative race studies.”—Stephen Hong Sohn, University of California, Riverside

“Fascinating, informed, and relevant, Race Characters prompts us to grapple with our blind spots around how we define our archives and how we engage as readers. Rather than solely celebrating or condemning problematic characters, Swati Rana’s work theorizes these figures as narrative strategies that reveal the negotiations that immigrant writers have made in order to make sense of their own lives, be legible to mainstream audiences, and work under certain ideological and market pressures. A standout example of comparative ethnic scholarship.”—Elda María Román, University of Southern California

“Race Characters is a beautifully written, well-conceived, and astute new formalist analysis of character that transforms our understanding of minoritarian identity and ethnic literature. Swati Rana’s pathbreaking study allows us to read ‘character’ in a fuller sense and better grasp how minority identity is worked out through literary characterization.”—Gary Totten, University of Nevada, Las Vegas