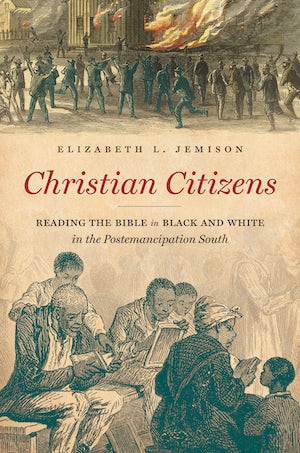 With emancipation, a long battle for equal citizenship began. Bringing together the histories of religion, race, and the South, Elizabeth L. Jemison shows how southerners, black and white, drew on biblical narratives as the basis for very different political imaginaries during and after Reconstruction. Focusing on everyday Protestants in the Mississippi River Valley, Jemison scours their biblical thinking and religious attitudes toward race. She argues that the evangelical groups that dominated this portion of the South shaped contesting visions of black and white rights.

Black evangelicals saw the argument for their identities as Christians and as fully endowed citizens supported by their readings of both the Bible and U.S. law. The Bible, as they saw it, prohibited racial hierarchy, and Amendments 13, 14, and 15 advanced equal rights. Countering this, white evangelicals continued to emphasize a hierarchical paternalistic order that, shorn of earlier justifications for placing whites in charge of blacks, now fell into the defense of an increasingly violent white supremacist social order. They defined aspects of Christian identity so as to suppress black equality—even praying, as Jemison documents, for wisdom in how to deny voting rights to blacks. This religious culture has played into remarkably long-lasting patterns of inequality and segregation.

"A thorough exploration of how Black and white Christians drew on their faith in the aftermath of the Civil War to make radically divergent claims about an ideal political order. . . . [an] enlightening investigation."--Publishers Weekly

“Jemison justifies her arguments with excellent research into the development of a religious culture that differed greatly from the hopes that were presented by the original evangelical leaders of the Christianity movement in the postemancipation years.”--Southeastern Librarian

"An important work about the intersection of religion, race, gender, and nineteenth century Southern politics with important implications not only for Civil War/Reconstruction scholars, but also for modern political historians."--The Civil War Monitor

"A powerful, convincing, and timely book. . . . Jemison has produced a first-rate study that takes a place of honor in the historiography of American religion."--Journal of Church and State

"Spotlights the urgent question of the abyssal fractures in our body politic. Scholars of diverse interests may thus turn to Christian Citizens for important stories from America’s postbellum era, for deep historiographical engagement, and for its compelling and clearly articulated relevance to the here and now."--Political Theology 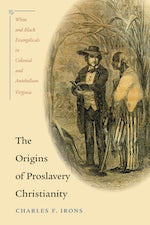