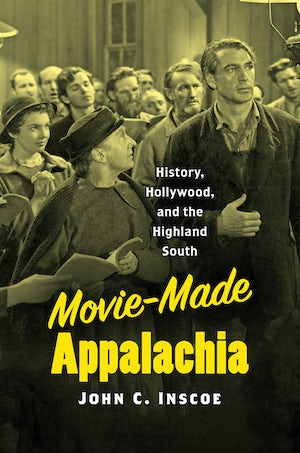 To purchase online via an independent bookstore, visit Bookshop.org
While Hollywood deserves its reputation for much-maligned portrayals of southern highlanders on screen, the film industry also deserves credit for a long-standing tradition of more serious and meaningful depictions of Appalachia’s people. Surveying some two dozen films and the literary and historical sources from which they were adapted, John C. Inscoe argues that in the American imagination Appalachia has long represented far more than deprived and depraved hillbillies. Rather, the films he highlights serve as effective conduits into the region’s past, some grounded firmly in documented realities and life stories, others only loosely so. In either case, they deserve more credit than they have received for creating sympathetic and often complex characters who interact within families, households, and communities amidst a wide array of historical contingencies. They provide credible and informative narratives that respect the specifics of the times and places in which they are set.

Having used many of these movies as teaching tools in college classrooms, Inscoe demonstrates the cumulative effect of analyzing them in terms of shared themes and topics to convey far more generous insights into Appalachia and its history than one would have expected to emerge from southern California’s “dream factory.”

John C. Inscoe is the Albert B. Saye Professor of History Emeritus at the University of Georgia.
For more information about John C. Inscoe, visit the Author Page.

"Inscoe spent many years discussing these films with students, and this book shares those conversations to add a beneficial perspective to scholarship in this area. Though the scope may be narrow, the analysis is deep and rewarding."—CHOICE

"This book is an engaging tribute to the role of film in the portrayal of Appalachia. Moving beyond the stereotypes, the author finds those examples that explore the culture in an honest and forthright manner. Recommended for

students of film and Southern history as well as general readers interested in the subject."—Georgia Library Quarterly

“Given scholarship warning that dehumanization of the region’s inhabitants likely exacerbates and accelerates American acceptance of suffering in Appalachia – including the suffering of poor, Black, Indigenous, Latinx, AppalAsian, queer, disabled, and other stigmatized residents – Inscoe’s effort to draw students and readers into sympathetic conversation about the people of the region is a valuable addition.” – The Journal of Southern History

“Movie-Made Appalachia is an important addition to the growing scholarship on representation, cinema, and Appalachia. John C. Inscoe’s particular perspective as a historian situates his readings of films in a deep context that moves beyond Hollywood. Guiding readers through central topics and moments in Appalachian history, Inscoe provides depth of analysis and connections between related films. An important contribution to the field.”—Meredith McCarroll, Bowdoin College

“With Movie-Made Appalachia, John Inscoe has opened the door for thorough analysis of regionally relevant films that have often been overlooked for full critical treatment. Inscoe’s work deserves much appreciation for its historical contextualization of film representation of Appalachian people and culture.”—J. W. Williamson, author of Hillbillyland: What the Movies Did to the Mountains and What the Mountains Did to the Movies 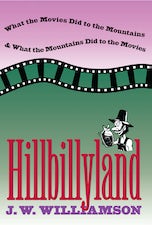