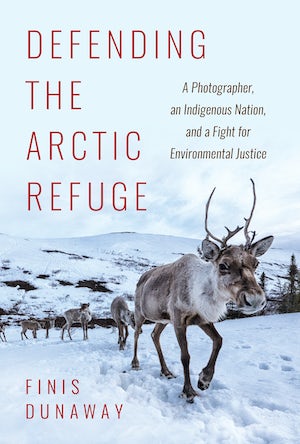 Tucked away in the northeastern corner of Alaska is one of the most contested landscapes in all of North America: the Arctic National Wildlife Refuge. Considered sacred by Indigenous peoples in Alaska and Canada and treasured by environmentalists, the refuge provides life-sustaining habitat for caribou, polar bears, migratory birds, and other species. For decades, though, the fossil fuel industry and powerful politicians have sought to turn this unique ecosystem into an oil field. Defending the Arctic Refuge tells the improbable story of how the people fought back. At the center of the story is the unlikely figure of Lenny Kohm (1939–2014), a former jazz drummer and aspiring photographer who passionately committed himself to Arctic Refuge activism. With the aid of a trusty slide show, Kohm and representatives of the Gwich’in Nation traveled across the United States to mobilize grassroots opposition to oil drilling. From Indigenous villages north of the Arctic Circle to Capitol Hill and many places in between, this book shows how Kohm and Gwich’in leaders and environmental activists helped build a political movement that transformed the debate into a struggle for environmental justice.

In its final weeks, the Trump administration fulfilled a long-sought dream of drilling proponents: leasing much of the Arctic Refuge coastal plain for fossil fuel development. Yet the fight to protect this place is certainly not over. Defending the Artic Refuge traces the history of a movement that is alive today—and that will continue to galvanize diverse groups to safeguard this threatened land.

Finis Dunaway is professor of history at Trent University.
For more information about Finis Dunaway, visit the Author Page.

“Inspirational reading for environmental crusaders of all walks of life.”—Library Journal

“For decades, our people have been fighting to protect the sacred land of the Arctic Refuge. Lenny Kohm became a true friend and ally of the Gwich’in Nation because he understood what was at stake: our culture, our food security, and the caribou that migrate through our lands. He listened to and learned from our elders and took incredible photographs of our people. Defending the Arctic Refuge tells the true story of how we worked with Lenny and other allies to build a larger movement. It is a powerful, respectful history of a fight that continues to this day.”—Norma Kassi (Vuntut Gwitchin), original member of the Gwich’in Steering Committee and co–research director, Canadian Mountain Network

“Defending the Arctic Refuge reads like a compelling movie plot in which the typically prominent—environmental celebrities, national newspapers, and Beltway politicians—fade into the background, while the overlooked—an unsung photographer-activist and Arctic Indigenous leaders—take center stage, joined by a larger cast of characters who contributed to this struggle. It is a book that I’ve long hoped to see: a people’s history of the longest-running multispecies justice campaign in North America. Written by a master storyteller and meticulous scholar, this is an inspiring and empowering book.”—Subhankar Banerjee, editor of Arctic Voices: Resistance at the Tipping Point

"An especially important and timely story that explores the complex intersection of environmentalism, Indigenous sovereignty, and the politics of climate change."--Keith Makoto Woodhouse, author of The Ecocentrists: A History of Radical Environmentalism 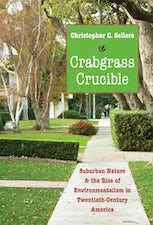