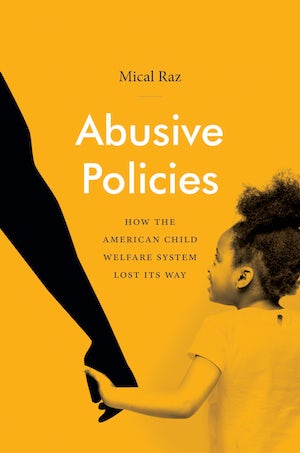 In the early 1970s, a new wave of public service announcements urged parents to “help end an American tradition” of child abuse. The message, relayed repeatedly over television and radio, urged abusive parents to seek help. Support groups for parents, including Parents Anonymous, proliferated across the country to deal with the seemingly burgeoning crisis. At the same time, an ever-increasing number of abused children were reported to child welfare agencies, due in part to an expansion of mandatory reporting laws and the creation of reporting hotlines across the nation. Here, Mical Raz examines this history of child abuse policy and charts how it changed since the late 1960s, specifically taking into account the frequency with which agencies removed African American children from their homes and placed them in foster care. Highlighting the rise of Parents Anonymous and connecting their activism to the sexual abuse moral panic that swept the country in the 1980s, Raz argues that these panics and policies—as well as biased viewpoints regarding race, class, and gender—played a powerful role shaping perceptions of child abuse. These perceptions were often directly at odds with the available data and disproportionately targeted poor African American families above others.

Mical Raz is Charles E. and Dale L. Phelps Professor in Public Policy and Health at the University of Rochester and author of What's Wrong with the Poor?: Psychiatry, Race, and the War on Poverty.
For more information about Mical Raz, visit the Author Page.

"A well-researched discussion of child abuse policy-making efforts [that] proves that the system penalizes and removes Black children more than children of any other demographic, and also makes the case for a reimagining of support services that focuses on helping families untouched by abuse become a gateway to help."—CHOICE

"This short yet compelling book is thoughtfully structured, accessible, and tightly argued, and it masterfully builds on work by Dorothy Roberts, Laura

Briggs, and others. . . . [A] smart and well-executed study, one that will prove invaluable to historians of childhood and youth, interdisciplinary scholars of childhood studies, and political, policy, and social historians alike."—Journal of the History of Childhood and Youth

“Compact and incisive. . . . Raz argues that policy-makers, child welfare experts, and popular media expanded and mobilized the concept of child abuse to become a ‘public threat and cultural phenomenon’; as such, they failed to protect and instead harmed thousands of children and their families.”—Bulletin of the History of Medicine

“With this important history, Mical Raz contributes significantly to the growing literature on child abuse policy by examining in depth the forces at play during an especially transformative era. The 1970s through the 1990s saw an expanded definition of child abuse and an explosion of child removal and foster care, and Raz offers a carefully researched, clearly written history of what happened and why it matters.”—Dorothy Roberts, author of Shattered Bonds: The Color of Child Welfare