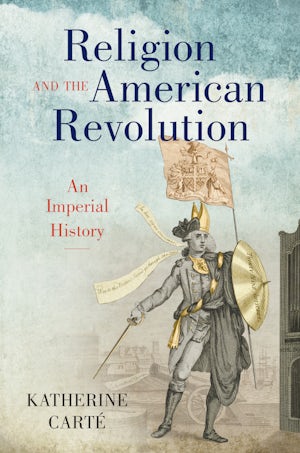 For most of the eighteenth century, British protestantism was driven neither by the primacy of denominations nor by fundamental discord between them. Instead, it thrived as part of a complex transatlantic system that bound religious institutions to imperial politics. As Katherine Carté argues, British imperial protestantism proved remarkably effective in advancing both the interests of empire and the cause of religion until the war for American independence disrupted it. That Revolution forced a reassessment of the role of religion in public life on both sides of the Atlantic. Religious communities struggled to reorganize within and across new national borders. Religious leaders recalibrated their relationships to government. If these shifts were more pronounced in the United States than in Britain, the loss of a shared system nonetheless mattered to both nations.

Katherine Carté (who previously published as Katherine Carté Engel) is associate professor of history at Southern Methodist University, with affiliations in the Religious Studies department.
For more information about Katherine Carté, visit the Author Page.

“Carté’s book is valuable to anyone who wants to understand the role of established religion in the British Empire and the reasons why established religion was abandoned after the war… carefully researched, clearly written, and interesting to read.” – Journal of the American Revolution

“A timely Atlantic story [and] . . . a reorientation of how we should think about the nation’s founding.” -- Society for U.S. Intellectual History

“A timely contribution to the historiography of the rise and fall of the first British Empire. . . . [F]uture scholars will be inspired by [Carté's] findings.”—Church History

“[Carte’s] recovery of imperial Protestantism is a notable research achievement and a valuable addition to the new transatlantic assessment of the Revolution.”—Journal of Church and State