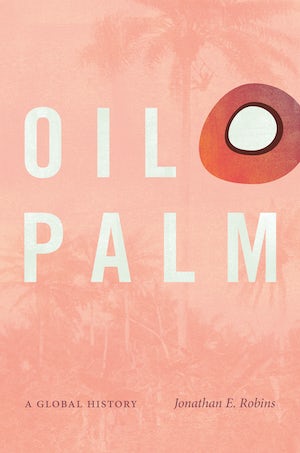 Oil palms are ubiquitous--grown in nearly every tropical country, they supply the world with more edible fat than any other plant and play a role in scores of packaged products, from lipstick and soap to margarine and cookies. And as Jonathan E. Robins shows, sweeping social transformations carried the plant around the planet. First brought to the global stage in the holds of slave ships, palm oil became a quintessential commodity in the Industrial Revolution. Imperialists hungry for cheap fat subjugated Africa’s oil palm landscapes and the people who worked them. In the twentieth century, the World Bank promulgated oil palm agriculture as a panacea to rural development in Southeast Asia. As plantation companies tore into rainforests, evicting farmers in the name of progress, the oil palm continued its rise to dominance, sparking new controversies over trade, land and labor rights, human health, and the environment.

By telling the story of the oil palm across multiple centuries and continents, Robins demonstrates how the fruits of an African palm tree became a key commodity in the story of global capitalism, beginning in the eras of slavery and imperialism, persisting through decolonization, and stretching to the present day.

"Robins eloquently weaves together a wide range of themes--economic history, colonial history, agricultural history, environmental history, gender history, the history of science and technology, and others beside--and demonstrates how the global circulation and cultivation of the oil palm plant has transformed lives and livelihoods for countless people living across the globe."--Stuart McCook, author of Coffee is Not Forever: A Global History of the Coffee Leaf Rust

"This book is a big, ambitious history of palm oil, truly global, which speaks to current environmental and social issues and is written in a crisp, engaging style."--Michitake Aso, author of Rubber and the Making of Vietnam: An Ecological History, 1897–1975