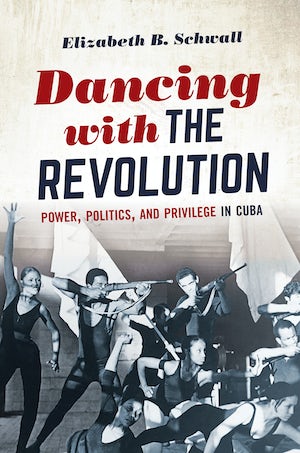 Elizabeth B. Schwall aligns culture and politics by focusing on an art form that became a darling of the Cuban revolution: dance. In this history of staged performance in ballet, modern dance, and folkloric dance, Schwall analyzes how and why dance artists interacted with republican and, later, revolutionary politics. Drawing on written and visual archives, including intriguing exchanges between dancers and bureaucrats, Schwall argues that Cuban dancers used their bodies and ephemeral, nonverbal choreography to support and critique political regimes and cultural biases.

As esteemed artists, Cuban dancers exercised considerable power and influence. They often used their art to posit more radical notions of social justice than political leaders were able or willing to implement. After 1959, while generally promoting revolutionary projects like mass education and internationalist solidarity, they also took risks by challenging racial prejudice, gender norms, and censorship, all of which could affect dancers personally. On a broader level, Schwall shows that dance, too often overlooked in histories of Latin America and the Caribbean, provides fresh perspectives on what it means for people, and nations, to move through the world.

"Elizabeth Schwall has written a fascinating book about culture and politics in Cuba [that] explores the development of concert dance—including ballet, modern dance, and so-called folkloric dance—from the 1930s through the 1980s, with particularly rich insight into the 1960s and 1970s. Although we have many excellent studies of Cuban arts and culture, Schwall's book stands out."—Hispanic American Historical Review

“This formidable history and critical appraisal of dance in Cuba compellingly argues that dance is, among other things, a practice of social and political expression, one in which dancers have explored the reach and limits of state power. A rich and powerful study of how dance institutions and practitioners revealed and enacted the contradictions of the Revolution itself, particularly in relation to racial inequality.”—Jill Lane, New York University

“This smart and comprehensive history tells the story of Cuban dance through its relationships to politics, race, and transnational exchanges. It is a superbly rendered story of aspiration and grace, of movement and creativity.”—Alejandra Bronfman, University at Albany, SUNY 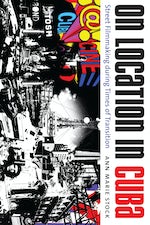