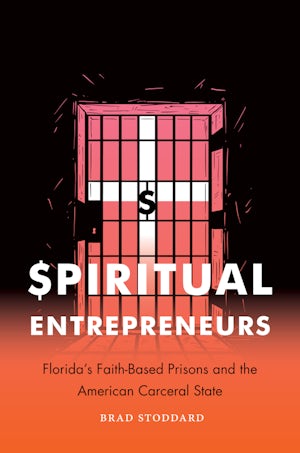 The overall rate of incarceration in the United States has been on the rise since 1970s, skyrocketing during Ronald Reagan’s presidency, and recently reaching unprecedented highs. Looking for innovative solutions to the crises produced by gigantic prison populations, Florida's Department of Corrections claims to have found a partial remedy in the form of faith and character-based correctional institutions (FCBIs). While claiming to be open to all religious traditions, FCBIs are almost always run by Protestants situated within the politics of the Christian right. The religious programming is typically run by the incarcerated along with volunteers from outside the prison. Stoddard takes the reader deep inside FCBIs, analyzing the subtle meanings and difficult choices with which the incarcerated, prison administrators, staff, and chaplains grapple every day. Drawing on extensive ethnographic research and historical analysis, Brad Stoddard argues that FCBIs build on and demonstrate the compatibility of conservative Christian politics and neoliberal economics.

Even without authoritative data on whether FCBIs are assisting rehabilitation and reducing recidivism rates, similar programs are appearing across the nation—only Iowa has declared them illegal under non-establishment-of-religion statutes. Exposing the intricate connections among incarceration, neoliberal economics, and religious freedom, Stoddard makes a timely contribution to debates about religion’s role in American society.

"[A] vibrant study. . . . an intelligent take on an under-the-radar niche in the American prison system, and one that will raise eyebrows with readers interested in the intersection of faith and justice."—Publishers Weekly

“Superb . . . [the book] masterfully articulates historical explanations with critical ethnography,and allows us to understand both the macrostructural factors and the day-to-day ins and outs of faith-based prisons.” —Sociology of Religion

“. . . Offers a detailed ethnographic account of one of the nation’s largest faith-based prison programs and as such is highly recommended.”—Journal of Church and State

“In this stellar book, Brad Stoddard deftly describes the private faith-based interventions taking place in state prisons and the complicated ideology of the mainly conservative politicians and evangelical Christian religious leaders who support them.”—Tanya Erzen, author of God in Captivity

“On the cutting edge of American religious studies, Spiritual Entrepreneurs breaks new ground and is a must-read work for anyone interested in the connections between neoliberalism and religion in the contemporary United States. Brad Stoddard’s engaging and detailed ethnographic approach clearly supports his well-articulated argument.”—Sean McCloud, author of American Possessions: Fighting Demons in the Contemporary United States