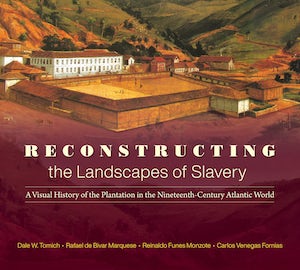 Assessing a unique collection of more than eighty images, this innovative study of visual culture reveals the productive organization of plantation landscapes in the nineteenth-century Atlantic world. These landscapes—from cotton fields in the Lower Mississippi Valley to sugar plantations in western Cuba and coffee plantations in Brazil’s Paraíba Valley—demonstrate how the restructuring of the capitalist world economy led to the formation of new zones of commodity production. By extension, these environments radically transformed slave labor and the role such labor played in the expansion of the global economy.

Artists and mapmakers documented in surprising detail how the physical organization of the landscape itself made possible the increased exploitation of enslaved labor. Reading these images today, one sees how technologies combined with evolving conceptions of plantation management that reduced enslaved workers to black bodies. Planter control of enslaved people’s lives and labor maximized the production of each crop in a calculated system of production. Nature, too, was affected: the massive increase in the scale of production and new systems of cultivation increased the land’s output. Responding to world economic conditions, the replication of slave-based commodity production became integral to the creation of mass markets for cotton, sugar, and coffee, which remain at the center of contemporary life.

“Landscapes take shape not simply as a way of seeing the physical world, but also as a way of controlling it, by means of a codified presentation, articulated from a hegemonic point of view. . . . [Reconstructing the Landscapes of Slavery] illustrates changes in the exploitation of enslaved peoples that are integral to an economic rationality that [in the nineteenth century] asserted itself worldwide.”--Revista Pesquisa

“An important contribution to our understanding of how the physical landscape and its manipulation shaped not only the slave societies but also the ecology of the regions in which cotton, sugar, and coffee plantations operated.”—Journal of Southern History

". . . . stunning . . . . [a] brilliantly illustrated survey of how plantations worked to produce, through enslaved labor, coffee, sugar, and

“Revealing the deep integration between the particularities of crop and environment on the one hand and capitalist modernity on the other, this book’s analytical clarity and significance will change how we think about nineteenth-century expansions of slavery in the New World.”—Edward E. Baptist, author of The Half Has Never Been Told: Slavery and the Making of American Capitalism

“The photographs, lithographs, and prints of plantation landscapes are immersed in histories elevating the past’s silences. The authors bring to light a sharp understanding of the industrial forces that powered such imaginations, reconfiguring territory and subjectivities of labor and planter alike. These images are compelling and show clearly the plantation works’ industrial character and the enslaved labor’s regimentation. Scholars working on the Global South should heed this volume’s tackling of broader questions of slavery within capitalist production.”— Michaeline A. Crichlow, author of Globalization and the Postcreole Imagination: Notes on Fleeing the Plantation 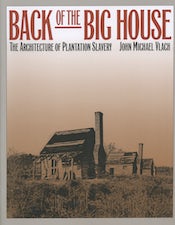