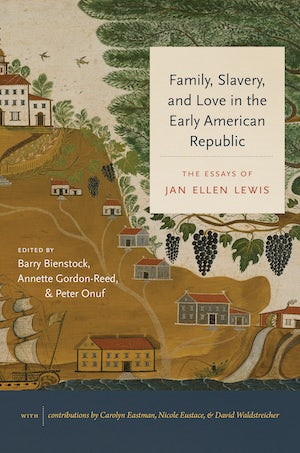 One of the finest historians of her generation, Jan Ellen Lewis (1949-2018) transformed our understanding of the early U.S. Republic. Her groundbreaking essays defined the emerging fields of gender and emotions history and reframed traditional understandings of the founding fathers and the U.S. Constitution. As significant as her work was within each of these subfields, her most remarkable insights came from the connections she drew among them. Gender and race, slavery and freedom, feelings and politics ran together in the hearts, minds, and lives of the men and women she studied. Lewis’s brilliant research revealed these long-buried connections and illuminated their importance for America’s past and present.

Family, Slavery, and Love in the Early American Republic collects thirteen of Lewis’s most important essays. Distinguished scholars shed light on the historical and historiographical contexts in which Lewis and her peers researched, wrote, and argued. But the real star of this volume is Lewis herself: confident, unconventional, erudite, and deeply imaginative.


For more information about Barry Bienstock, visit the Author Page.


For more information about Annette Gordon-Reed, visit the Author Page.


For more information about Peter Onuf, visit the Author Page.

“This volume amply demonstrates the power of Lewis’s careful readings of texts, nuanced, interpretations, and meticulously constructed arguments. Seeing the full span of Lewis’s work and the way she often began pulling on threads that later scholars continued to unravel made me wish for an entire second volume exploring her legacy in these fields. Her influence will continue both through her published works and the many, many publications of scholars who build upon them."—Journal of Southern History

“The affection and admiration felt toward Lewis emanate from every contributor. . . It is a fitting tribute to Lewis’s scholarship and will also be of use to those interested in the history of the Early American Republic and how investigations of race, gender, and emotions provided insight into politics, the constitution, and Thomas Jefferson himself.”—The Middle Ground Journal

“Learned, lucid, insightful, and humane, these essays aptly reflect Jan’s qualities as an inspirational mentor and pathbreaking scholar with a dazzling range of expertise. They collectively remind us of how much we have lost with her passing.”—Alan Taylor, author of American Republics

"An indefatigable researcher and a masterful essayist, Jan Lewis revealed how gender, slavery, and emotions converged within the early Republic’s political experiment and showed us why that convergence mattered.  Like a well-curated retrospective exhibit, this volume displays Lewis’s creative and wide-ranging reinterpretation of the founding era."—John Lauritz Larson, Purdue University

“When Lewis began her career, the early American Republic was a moribund field; this volume shows us the magic by which she brought it back to life. Field changing when it was first published, her work has maintained its relevance ever since.”—Serena Zabin, Carleton College 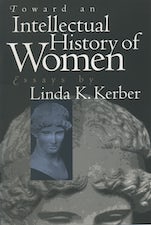