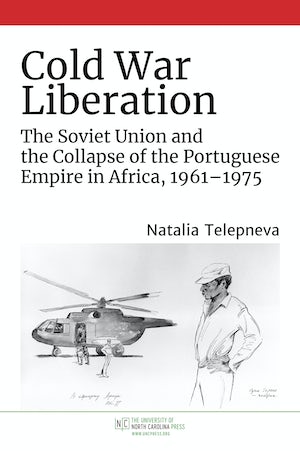 Cold War Liberation examines the African revolutionaries who led armed struggles in three Portuguese colonies—Angola, Mozambique, and Guinea-Bissau—and their liaisons in Moscow, Prague, East Berlin, and Sofia. By reconstructing a multidimensional story that focuses on both the impact of the Soviet Union on the end of the Portuguese Empire in Africa and the effect of the anticolonial struggles on the Soviet Union, Natalia Telepneva bridges the gap between the narratives of individual anticolonial movements and those of superpower rivalry in sub-Saharan Africa during the Cold War.

Drawing on newly available archival sources from Russia and Eastern Europe and interviews with key participants, Telepneva emphasizes the agency of African liberation leaders who enlisted the superpower into their movements via their relationships with middle-ranking members of the Soviet bureaucracy. These administrators had considerable scope to shape policies in the Portuguese colonies which in turn increased the Soviet commitment to decolonization in the wider region. An innovative reinterpretation of the relationships forged between African revolutionaries and the countries of the Warsaw Pact, Cold War Liberation is a bold addition to debates about policy-making in the Global South during the Cold War.

We are proud to offer this book in our usual print and ebook formats, plus as an open-access edition available through the Sustainable History Monograph Project.

"An innovative reinterpretation of the relationships forged between African revolutionaries and the countries of the Warsaw Pact, Cold War Liberation is a bold addition to debates about policy-making in the Global South during the Cold War."—Portuguese American Journal

“This book will change the way historians think about diplomacy and African agency in the era of decolonization and quickly become required reading for historians of Cold War decolonization and the end of Portugal’s empire in Africa.”—James Robert Brennan, author of Taifa: Making Nation and Race in Urban Tanzania