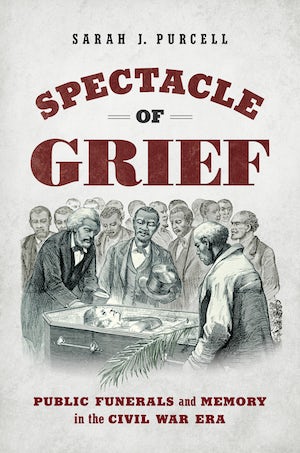 This illuminating book examines how the public funerals of major figures from the Civil War era shaped public memories of the war and allowed a diverse set of people to contribute to changing American national identities. These funerals featured lengthy processions that sometimes crossed multiple state lines, burial ceremonies open to the public, and other cultural productions of commemoration such as oration and song. As Sarah J. Purcell reveals, Americans’ participation in these funeral rites led to contemplation and contestation over the political and social meanings of the war and the roles played by the honored dead. Public mourning for military heroes, reformers, and politicians distilled political and social anxieties as the country coped with the aftermath of mass death and casualties.

Purcell shows how large-scale funerals for figures such as Henry Clay and Thomas J. “Stonewall” Jackson set patterns for mourning culture and Civil War commemoration; after 1865, public funerals for figures such as Robert E. Lee, Charles Sumner, Frederick Douglass, and Winnie Davis elaborated on these patterns and fostered public debate about the meanings of the war, Reconstruction, race, and gender.

"Disputes over the meaning of conflicts continue long after the shooting stops. The Civil War ended some 157 years ago, but Americans still argue about how to remember it. Was Lee, for example, a noble Virginian or a heartless whipper of captive humans — and should his statue stand in our cities? [Spectacle of Grief] grapple[s] with such questions by examining the rich subject of American funerals in the 19th century."—Thomas E. Ricks, New York Times Book Review

"Funerals and the ensuing rites of public mourning for prominent individuals have been more than just an occasion to honor the deceased since the Age of Pericles. Here, Susan Purcell closely examines the public funerals of nine Civil War-era individuals to explain how those events were shaped and memorialized to bolster the current political and ideological needs of various segments of society."—America's Civil War

“An insightful exploration of an important cultural and political ritual: the public funeral. Purcell’s book is essential reading for those interested in Civil War memory.”—Gaines M. Foster, Louisiana State University

"In plumbing the depths of important public funerals, Sarah Purcell significantly advances our understanding of the complex interactions of Civil War memory in the reconstitution of the nation. A fascinating study."—William A. Blair, The Pennsylvania State University 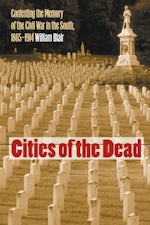 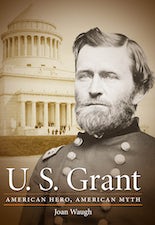