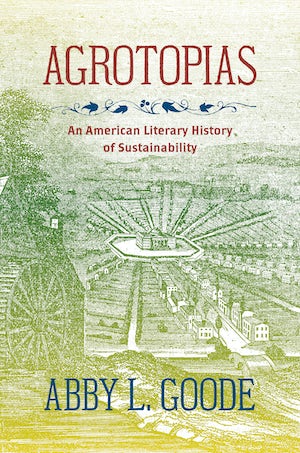 In this book, Abby L. Goode reveals the foundations of American environmentalism and the enduring partnership between racism, eugenics, and agrarian ideals in the United States. Throughout the nineteenth century, writers as diverse as Martin Delany, Charlotte Perkins Gilman, and Walt Whitman worried about unsustainable conditions such as population growth and plantation slavery. In response, they imagined agrotopias—sustainable societies unaffected by the nation's agricultural and population crises—elsewhere. Though seemingly progressive, these agrotopian visions depicted selective breeding and racial "improvement" as the path to environmental stability. In this fascinating study, Goode uncovers an early sustainability rhetoric interested in shaping, just as much as sustaining, the American population.

Showing how ideas about race and reproduction were central to early sustainability thinking, Goode unearths an alternative environmental archive that ranges from gothic novels to Black nationalist manifestos, from Waco, Texas, to the West Indies, from city tenements to White House kitchen gardens. Exposing the eugenic foundations of some of our most well-regarded environmental traditions, this book compels us to reexamine the benevolence of American environmental thought.

"A significant contribution to a growing field of studies on pre–twentieth century antecedents to contemporary sustainability rhetoric and practices. Agrotopias highlights the ways that U.S. agrarianism has been entangled from the beginning with nativist and eugenic assumptions about population control and racial purity."—William Gleason, Princeton University

“Goode attends to the racial dimension of American sustainability discourse and the literature of agriculture and that has long been missing from scholarly work on the subject. An important intervention in the history of American agrarianism.”—Timothy Sweet, West Virginia University