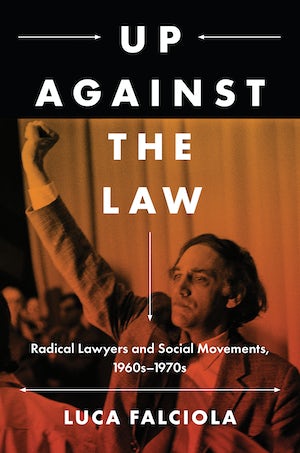 As protest movements took to the streets during the 1960s and 1970s, a group of lawyers joined forces with America's most confrontational activists. In pursuit of radical change themselves, these militant attorneys went beyond providing mere representation. They identified with their clients, defied the habits of a conservative profession, and formulated a corrosive critique of the legal system, questioning the neutrality and transformative power of law. While exploiting the courtrooms as political forums, they developed aggressive litigation strategies and became involved with the organization of protest. Drawing on extensive archival research and interviews, historian Luca Falciola reconstructs this largely unmapped phenomenon and challenges the reader to think anew about the pivotal role of lawyers in social movements.

At the heart of this book is the story of the National Lawyers Guild. Founded in 1937, the Guild represented the first integrated and progressive bar association of America. The Guild returned to prominence in the early 1960s, at the vanguard providing legal aid to civil rights workers in the South. Since then, leftist students, disobedient soldiers, rebellious inmates, radical minorities, and revolutionary groups such as the Black Panther Party and the Weather Underground have relied on this cadre of sympathetic lawyers to defend and empower them.

Luca Falciola is lecturer in history at Columbia University.
For more information about Luca Falciola, visit the Author Page.

"Up Against the Law finally provides the history of the National Lawyers Guild that has been missing from the historical literature until now. As both a history of what Guild lawyers did and a roadmap for what radical lawyering might look like in its relationship to social movements, this book has much to say not only to historians but also to lawyers and law students seeking out ways in which law can produce true social change."—Felice Batlan, author of Women and Justice for the Poor: A History of Legal Aid, 1863–1945

"This is the best book I've read on the important contributions of radical lawyers to a wide range of social movements during the 'long 1960s.' Falciola demonstrates in fascinating detail how law was both a target and a tool of lawyers associated with the National Lawyers Guild during these years."—Jeff Goodwin, New York University