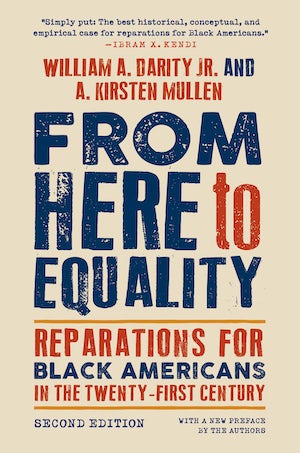 Racism and discrimination have choked economic opportunity for African Americans at nearly every turn. At several historic moments, the trajectory of racial inequality could have been altered dramatically. But neither Reconstruction nor the New Deal nor the civil rights struggle led to an economically just and fair nation. Today, systematic inequality persists in the form of housing discrimination, unequal education, police brutality, mass incarceration, employment discrimination, and massive wealth and opportunity gaps. Economic data indicates that for every dollar the average white household holds in wealth the average black household possesses a mere ten cents.

This compelling and sharply argued book addresses economic injustices head-on and make the most comprehensive case to date for economic reparations for U.S. descendants of slavery. Using innovative methods that link monetary values to historical wrongs, William Darity Jr. and A. Kirsten Mullen assess the literal and figurative costs of justice denied in the 155 years since the end of the Civil War and offer a detailed roadmap for an effective reparations program, including a substantial payment to each documented U.S. black descendant of slavery. This new edition features a new foreword addressing the latest developments on the local, state, and federal level and considering current prospects for a comprehensive reparations program.

A. Kirsten Mullen is a writer, folklorist, museum consultant, and lecturer whose work focuses on race, art, history, and politics.
For more information about A. Kirsten Mullen, visit the Author Page.

"Darity and Mullen challenge the United States to bear the moral weight of the legacies of slavery and deeply entrenched racism: to reject trifling, half-hearted measures and to approach—and perhaps even achieve—wholeness through reparations."—New York Review of Books

"Reparations are having a moment. . . In From Here to Equality, William A. Darity and A. Kirsten Mullen draw on both journalistic and scholarly sources to make a strong case for cash payments to Black descendants of slaves. . . A rich historical account of how the economic inequalities between Black and white Americans were created and perpetuated through centuries of slavery and the legally enforced systems of discrimination and political disfranchisement that followed. . . . Darity and Mullen provide a detailed analysis of the deep disparities in wealth, income, education, and other measures of well-being that have persisted since emancipation."—The Nation

"Essential to any debate over the need for and way to achieve meaningful large-scale reparations."—Kirkus Reviews

"The national dialogue on reparations has gained strength from the work of Darity and Mullen. Certainly, From Here to Equality is the most comprehensive book today on the political economy of reparations."—The American Journal of Economics and Sociology

"Against the contextual framework of the horrors of slavery and Jim Crow laws that arose from the abysmal failure of Reconstruction, From Here to Equality provides a compelling argument for Black reparations. This astonishing work by Darity and Mullen provides a cogent analysis of the various equations that are formulae for reparations proposals while tackling some of the movement's most difficult and complex questions, like the issue of eligibility. This book is a must-read for anyone interested in the movement and especially for those who are offended by the idea of Black reparations. Ultimately, this book dares us to take that step that will bring us closer to a serious reckoning with this nation's greatest sin."—John Tateishi, author of Redress: The Inside Story of the Successful Campaign for Japanese American Reparations 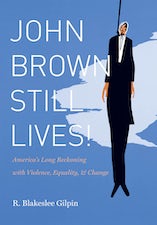