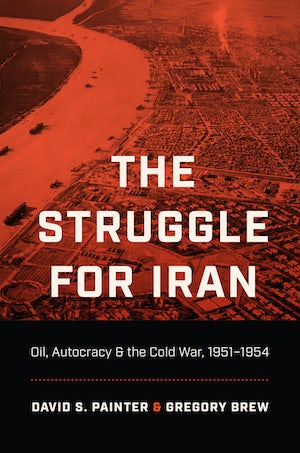 Beginning with the nationalization of the Iranian oil industry in spring 1951 and ending with its reversal following the overthrow of Prime Minister Mohammad Mosaddeq in August 1953, the Iranian oil crisis was a crucial turning point in the global Cold War. The nationalization challenged Great Britain's preeminence in the Middle East and threatened Western oil concessions everywhere. Fearing the loss of Iran and possibly the entire Middle East and its oil to communist control, the United States and Great Britain played a key role in the ouster of Mosaddeq, a constitutional nationalist opposed to communism and Western imperialism. U.S. intervention helped entrench monarchical power, and the reversal of Iran's nationalization confirmed the dominance of Western corporations over the resources of the Global South for the next twenty years.

Drawing on years of research in American, British, and Iranian sources, David S. Painter and Gregory Brew provide a concise and accessible account of Cold War competition, Anglo-American imperialism, covert intervention, the political economy of global oil, and Iran's struggle against autocratic government. The Struggle for Iran dispels myths and misconceptions that have hindered understanding this pivotal chapter in the history of the post–World War II world.

David S. Painter is associate professor emeritus of international history at Georgetown University. He is the author of The Cold War: An International History and Oil and the American Century: The Political Economy of U.S. Foreign Oil Policy, 1941–1954.
For more information about David S. Painter, visit the Author Page.

Gregory Brew is a Henry A. Kissinger Postdoctoral Fellow at International Security Studies and the Jackson Institute for Global Affairs at Yale University.
For more information about Gregory Brew, visit the Author Page.

“The definitive account of the anti-Mossadeq coup. . . . [A] gripping story about Anglo-American imperialism, resource nationalism, and the fate of Iranian democracy. This is the most complete study yet published of America’s regime change in Tehran.” —Nathan Citino, author of Envisioning the Arab Future: Modernization in U.S.-Arab Relations, 1945–1967

"A beautifully researched and definitive account of one of the Cold War’s most important crises. The scholarship is superbly presented. This will be a book that garners much attention in the fields of U.S. foreign relations history, security studies, Iranian studies, Middle Eastern history, and the history of capitalism."—Chris Dietrich, author of Oil Revolution: Anticolonial Elites, Sovereign Rights, and the Economic Culture of Decolonization 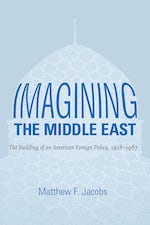