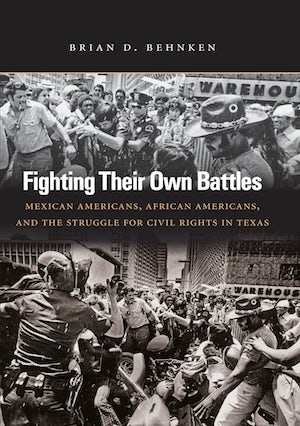 Between 1940 and 1975, Mexican Americans and African Americans in Texas fought a number of battles in court, at the ballot box, in schools, and on the streets to eliminate segregation and state-imposed racism. Although both groups engaged in civil rights struggles as victims of similar forms of racism and discrimination, they were rarely unified. In Fighting Their Own Battles, Brian Behnken explores the cultural dissimilarities, geographical distance, class tensions, and organizational differences that all worked to separate Mexican Americans and blacks.

Behnken further demonstrates that prejudices on both sides undermined the potential for a united civil rights campaign. Coalition building and cooperative civil rights efforts foundered on the rocks of perceived difference, competition, distrust, and, oftentimes, outright racism. Behnken's in-depth study reveals the major issues of contention for the two groups, their different strategies to win rights, and significant thematic developments within the two civil rights struggles. By comparing the histories of these movements in one of the few states in the nation to witness two civil rights movements, Behnken bridges the fields of Mexican American and African American history, revealing the myriad causes that ultimately led these groups to "fight their own battles."

Brian D. Behnken is associate professor in the department of history and the U.S. Latino/a studies program at Iowa State University.
For more information about Brian D. Behnken, visit the Author Page.

“An important resource to include in a variety of course teaching materials, especially courses touching upon the topic of the history of civil rights activism. The book also serves as a useful guide for learning more about the sociology of social movements.”--Ethnic and Racial Studies

“A much needed monograph on the history of the African American and Mexican American Civil Rights movements in Texas.”--Southwestern Historical Quarterly

“Well written, soundly researched, and persuasively argued, Behnken’s study is a welcome addition to the history of civil rights in Texas.”--American Historical Review

“An excellent contribution to the literature on civil rights. . . . It contains many fascinating details regarding the civil rights struggles of both groups.”--Journal of American History

“Behnken has immersed himself in two vast historiographies; his book will be central to studies of black-brown relations for years to come.”--Journal of Southern History 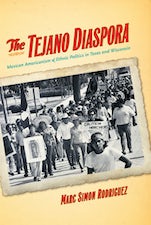