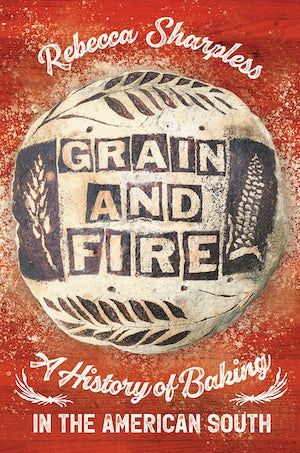 Hardcover Available May 2022, but pre-order your copy today!

While a luscious layer cake may exemplify the towering glory of southern baking, like everything about the American South, baking is far more complicated than it seems. Rebecca Sharpless here weaves a brilliant chronicle, vast in perspective and entertaining in detail, revealing how three global food traditions—Indigenous American, European, and African—collided with and merged in the economies, cultures, and foodways of the South to create what we know as the southern baking tradition.

Recognizing that sentiments around southern baking run deep, Sharpless takes delight in deflating stereotypes as she delves into the suprising realities underlying the creation and consumption of baked goods. People who controlled the food supply in the South used baking to reinforce their power and make social distinctions. Who used white cornmeal and who used yellow, who put sugar in their cornbread and who did not had traditional meanings for southerners, as did the proportions of flour, fat, and liquid in biscuits. By the twentieth century, however, the popularity of convenience foods and mixes exploded in the region, as it did nationwide. Still, while some regional distinctions have waned, baking in the South continues to be a remarkable, and remarkably tasty, source of identity and entrepreneurship.

Rebecca Sharpless is professor of history at Texas Christian University. Her most recent book is Cooking in Other Women’s Kitchens: Domestic Workers in the South, 1865–1960.


For more information about Rebecca Sharpless, visit the Author Page.

“What a fine book! Rebecca Sharpless’s deep historical approach—beginning with the breads of the American South created by Native American groups—and graceful and consistent interweaving of the African American experience must be congratulated. This book’s clear voice and style reads like a good long story, told by a real southerner.”—Dr. Leni Sorensen, founder-director of Indigo House Culinary History and Rural Skills Center

“In the hands of a deft baker, grain and fire can be made into a multitude of nourishing viands, but here Rebecca Sharpless uses them to thoughtfully fashion a lens that also reveals the history, politics, and culture of the American South. A work of sustenance rendered with delicious prose.”—Ronni Lundy, author of Victuals: An Appalachian Journey, with Recipes

“In this sweeping, engaging, and compelling chronicle, Rebecca Sharpless wonderfully evaluates southern baking ‘with a steely eye.’ She serves up an excellent antidote to so much of the nostalgia and mythmaking that can pervade the story of baking in the South.”—Jennifer Jensen Wallach, author of Every Nation Has Its Dish: Black Bodies and Black Food in Twentieth-Century America 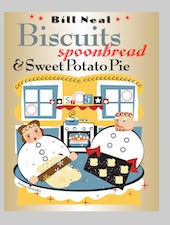