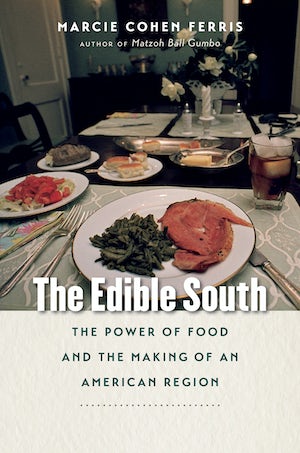 A Smithsonian.com choice for The Best Books About Food of 2016

In The Edible South, Marcie Cohen Ferris presents food as a new way to chronicle the American South’s larger history. Ferris tells a richly illustrated story of southern food and the struggles of whites, blacks, Native Americans, and other people of the region to control the nourishment of their bodies and minds, livelihoods, lands, and citizenship. The experience of food serves as an evocative lens onto colonial settlements and antebellum plantations, New South cities and civil rights-era lunch counters, chronic hunger and agricultural reform, counterculture communes and iconic restaurants as Ferris reveals how food--as cuisine and as commodity--has expressed and shaped southern identity to the present day.

The region in which European settlers were greeted with unimaginable natural abundance was simultaneously the place where enslaved Africans vigilantly preserved cultural memory in cuisine and Native Americans held tight to kinship and food traditions despite mass expulsions. Southern food, Ferris argues, is intimately connected to the politics of power. The contradiction between the realities of fulsomeness and deprivation, privilege and poverty, in southern history resonates in the region’s food traditions, both beloved and maligned.

“Not only does Ferris pinpoint and chronicle evocative moments throughout the South’s larger history, but she manages to eloquently express how this history shaped southern cuisine and, to a greater extent, southern identity.” --Oxford American

“For anyone wishing to pursue a study of the South through comestibles, [The Edible South] is probably the best place to start. . . . I implore you: Dig in!” --Southern Register

"This is a landmark study, thoroughly researched, clearly conveyed, and packed with illustrations. Ferris provides scholars and general readers much to savor."--American Historical Review

“In this colorful and well-researched history, [Ferris] shows persuasively how food has shaped and nourished Southern identity.”--Kirkus

"Ferris has exhaustively traced the origins of southern cooking. . . . [She] delves into the South’s most significant foods. . . [and] performs a particularly important job by painstakingly explaining just how slave culture and subsequent Jim Crow laws and segregation made southern cooking unique."--Booklist 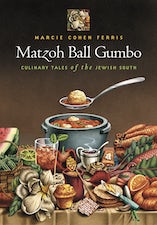